You ever see some artwork and just think… “That looks amazing, i wonder who did that”. We found the guy who did that.

Meet Hector Guerra from Tinta De Guerra… a graffiti artist who transitioned his skill sets to a more mainstream audience. He has had his work featured in many different cities as well as murals on businesses. You may have seen his work in our Iced Cube video, he has done every one of their locations, which is incredible. Now we catch up with him as he is finishing a commissioned piece in a home, a kid’s bedroom filled with super heroes. He talks about what inspires him, what he wants people to understand about him and the future of Tinta De Guerra.

Watch below to learn more about Hector and Tinta De Guerra, his art is definitely a must-see.

Area Adventures – Anything For Selenas 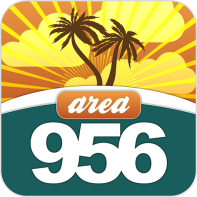 Area Adventures – Anything For Selenas